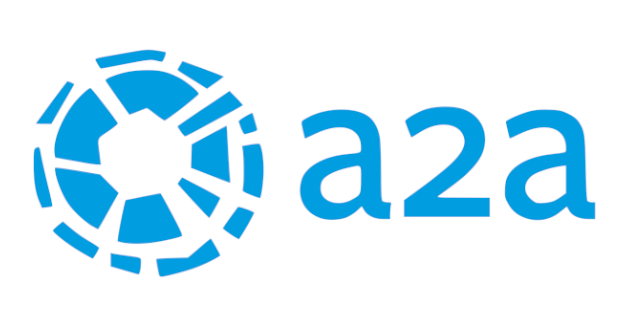 Bond for 500 million euro with a duration of 12 years, which will finance Green Projects aligned to the EU Taxonomy, in particular with reference to the "climate change mitigation" objective.

A2A S.p.A. Board of Directors has examined and approved the quarterly Financial

Milan, 11 November 2021 - At today's meeting of the Board of Directors of A2A S.p.A., chaired by Marco Patuano, the Board examined and approved the quarterly financial information as at 30 September 2021.

In the first 9 months of 2021, we continued with our significant industrial and economic growth driven by sustainability and green transition. We have recorded an increase in all our financial indicators and a record level of investments for the period; we have further speeded up on our installed capacity from renewable sources and reduced the Group's emission factor" - commented Renato Mazzoncini, Chief Executive Officer of A2A - "Our commitment remains focused on the energy transition and the circular economy in order to guarantee an important contribution to the achievement of the decarbonisation objectives and to build the infrastructures necessary to bridge the gap between the plants in certain areas. Strategic assets that will allow our country to remain protected from market turbulence and the consequent increase in the cost of energy, to the benefit of citizens".

In the period under review A2A recorded excellent results, with economic and financial indicators showing significant growth, thanks to the contribution of all the Group's Business Units and to the M&A transactions completed in the previous and current year.

The period results should be viewed against the backdrop of a complex scenario that included a recovery in demand for goods and services, particularly energy consumption, caused by the easing of the measures implemented to contain the pandemic, and strong pressure on the energy market due to a combination of factors: climatic factors, low levels of domestic energy supply, volumes of renewable energy production at their lowest levels since the beginning of the year - particularly in the hydroelectric area - which fuelled an upward pressure on energy prices, which then strengthened steadily during the reporting period.

A2A has continued to pursue a prudent commodity price hedging policy, aimed at containing risk and volatility over the medium-term. The high level of hedging (more than 70% of expected production in 2021), which began as early as 2020, therefore limited the benefit potentially obtainable from the significant - and unexpected - increase in energy prices.

The extraordinary price dynamics combined with the growth in demand, the excellent performance of all Business Units and the contribution of the newly acquired companies, ensured good results for the first nine months of 2021:

Capex amounted to 640 million euro, a 55% increase on the same period of the previous year. In particular, a strong boost was given to development investments aimed at recovering energy and materials, upgrading distribution networks, water and sewage networks, purification plants, photovoltaic plants and digitalisation of the Group (approximately 390 million euro, +73% compared to the first nine months of 2020).

M&A transactions, fully in line with the 2021-2030 Business Plan based on energy transition and circular economy, mainly concerned the field of bioenergy (acquisition of Agripower, a company managing and developing biogas power generation plants) and the increase of installed power from renewable sources (acquisition of 17 photovoltaic plants from Octopus for a total installed capacity of 173MW). At September 30, total installed capacity from renewable sources (hydroelectric, photovoltaic and wind) was 2,235 MW, an increase of 14% compared to the corresponding period in 2020.

The following are the main economic indicators:

More than 50% of the increase was attributable to higher prices and to an increase in volumes sold and brokered in the wholesale energy markets, particularly for electric power. Revenues in the retail market were also up thanks to higher unit prices and higher quantities sold to customers in the gas and electricity free market.

Finally, new companies acquired in the last quarter of 2020 (AEB group and Flabrum) and in 2021 (Octopus and Agripower) contributed around 13% to the positive change.

Net of non-recurring items (+13 million in the first nine months of 2021; +4 million euro in the same period of 2020), EBITDA increased by 128 million euro. Excluding also the incremental contribution deriving from the consolidation of AEB and the other companies acquired (approximately 50 million euro), organic growth amounted to 78 million euro (+10%)

Group Net profit in the first nine months of 2021 amounted to 394 million euro, up by 81% compared to the corresponding period of 2020.

This positive change of 176 million euro was due, in addition to the increase in the Net Operating Result:

Excluding non recurring items affecting the current year (reversal of deferred tax liabilities net of substitute tax and minority interests' profit on the realignment of AEB and ACSM AGAM's assets), the Group's share of net ordinary income for the first nine months of the year amounted to 256 million euro, representing an organic increase of 38 million euro (+17%) compared with the same period of the previous year.

The following table shows the composition of the Gross Operating Margin by Business Unit:

In the first nine months of 2021, the Generation and Trading Business Unit contributed to fulfil the sales demand of the A2A Group through production by the plants it owns amounting to 13.6 TWh (12.5 TWh at September 30, 2020).

Thermoelectric production amounted to 10 TWh (9.2 TWh in the corresponding period of the previous year), up 9.2%, due to a rise in output by CCGT plants following the increase in demand for contestable energy.

Production from renewable sources amounting to 3.7 TWh recorded an increase of 9%, more than half of which was due to the contribution of photovoltaic and wind power plants following the new photovoltaic (+173 MW) and wind power (8.2 MW) capacity acquired by the Group. In the first nine months, hydroelectric production increased by 5% to 3.4TWh, but was down in the third quarter compared with the same period last year.

Revenues amounted to 3,991 million euro, up by 1,297 million euro (+48.1%) compared to the same period of the previous year. The change was caused by an extraordinary increase in the prices of electricity and natural gas and by higher volumes sold and brokered, in particular on the electricity market.

EBITDA amounted to 203 million euro, an increase of 29 million euro compared to the same period of the previous year. Net of non-recurring items in the two periods considered (+7 million euro in 2021 and +9 million in 2020), the Ordinary EBITDA increased by 31 million euro.

The change was mainly due to the following: