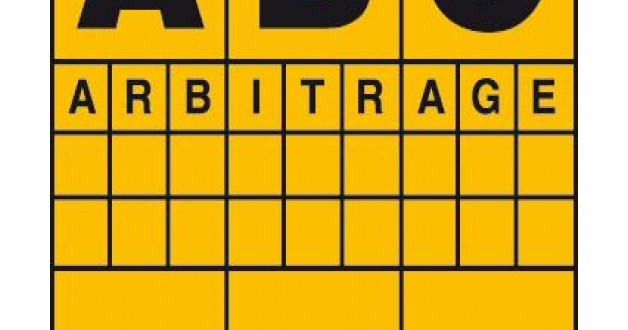 This first semester report and its constituent parts have been

translated from the original French versions. For the purposes of interpretation, the French originals will take precedence over the English translation.

Key consolidated figures for the first half of 2021 are presented below:

*Management fees include services invoiced by the Group's management companies to Quartys Limited and ABCA Funds Ireland Plc. In addition, due to the application of IFRS 15 (as of January 1, 2018), management fees do not include performance fees not crystallized - i.e. neither invoiced nor collected - as of June 30. As a result, €0.7 million was not recognized as income for the first half of 2021 (compared to €5.3 million for the first half of 2020).

In accordance with IFRS standards, consolidated net revenue at 30 June 2021 came to €35.1 million and consolidated net income amounted to €16.8 million, in decrease (-34%) compared to 1st half 2020. This basis for comparison, which is historic for the group, was established in a particular context linked to the shock of the COVID 19 pandemic, where volatility and volumes reached historic highs, requiring a necessary step back in the conclusions of the first half of 2021. The observation of an increase of almost 100% compared to H1 2019 and a slightly higher result than H1 2016 despite significantly higher investments show a first half 2021 among the best of the ABC arbitrage group.

Following a 2020 year strongly influenced by the economic consequences of the pandemic, H11 2021 has gradually returned to a central bank paradigm with a significant decline in volatility and volumes throughout the half year. US and European volatility has steadily declined during H1 2020 returning to levels close to H1 2019. This calmer environment has allowed M&A deals to see significant activity after a challenging 2020. The pace of announcements in terms of number of new deals is back to at 2016 highs . The number of Corporate Actions remains at low levels, barely at 30% 2015 levels, confirming the persistent strong influence of "negative" rates on these activities. The half-year ended with record valuations of listed companies, for example as observed through the level of the S&P500 index; records that were again broken during the summer. Concerns about the development of new variants and China's political and financial decisions did not reverse this historic rise, whilst creating local unrest.

In this context, all of the Group's businesses saw their activity increase:

On the proposal of the Board of Directors, the General Meeting voted to pay two interim dividends (one to be paid before October 31, 2021, the other before December 31, 2021) of €0.10 per share each, to be taken, in order of priority, from the "retained earnings" account, the "other reserves" account and the "share premium" account. This decision has been taken in recognition of the fact that this will in no way hinder the group's development needs.

Taking into account the shares comprising the share capital existing on the date of the Board of Directors' meeting called to approve the half-year financial statements, these payments each represent a maximum total sum of 5,932,804 euros. These two distributions will be made from the "share premium" account, which will therefore initially be reduced to an amount of €40,918,230. These payments, which are proposed to be made in cash only, will, due to the deduction from the share premium account, have the fiscal nature of a reimbursement of contributions within the meaning of Article 112 1° of the French General Tax Code.

The schedule for the first payment is as follows:

The schedule for the second payment is as follows:

The sum of these two amounts is identical to the payment made at the end of the year for many years. Identified as a high-yield stock, the distributions during the year 2021 will represent a return of nearly 6.6% based on the share price as of December 31, 2020.

Following on from 2020, the central banks have reassured the markets on numerous occasions in 2021, allowing the main world indices to break records since the last low point in March 2020. The latest speeches by various central bankers confirm the relative sustainability of the programmes underway for the next two years.

This context already experienced by the Group in particular since the end of 2016 has formed an important part of the Group's strategic planning. In particular, this type of context, favorable to calm periods followed by significant market shocks, confirms the strategic choices of the ABC 2022 plan presented in 2020. The Group is therefore continuing to invest in R&D to develop capacity strategies and to build the resources needed to grow assets under management, without neglecting development in its historical know-how, which is a source of significant gains in turbulent periods. Halfway through its strategic plan, the ABC arbitrage Group continues to structure its ambitions by balancing the development of its equity capital and the pursuit of its distribution policy for the benefit of its shareholders and its medium and long-term projects.